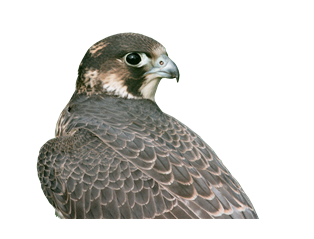 Welcome to the Homepage of the Society "Falcon"

The Society for Wild Animals “Falcon” is a group of passionate people interested in protection of nature and especially of the Peregrine Falcon species. Our group brings together falconers, hunters, ornithologists, foresters, specialists and volunteers. We cooperate with other organizations in the Council for Peregrine Restitution in Poland. Our Society is responsible for several main activities of the Programme – monitoring, banding, installation of nests, international cooperation and reintroduction in forests. Other organizations in the Council concentrate on breeding and reintroduction.

Introducing map previews live from the wild pairs of Falcons.

The First Falcon Nest on a Tree

After many years of work, w the first Peregrine Falcon nest in Poland which is placed on a tree was found in 2012.

The nest is located in the Forestry District Barlinek, not far from a site where falcons have been released since 2001, due to the appreciation by the District Head, Mr. Janusz Sikorski. In the years 2001 – 2006 the reintroductions were organized by the Research Station PZL in Czempin, with 23 birds involved.  Since 2010, the bird resettlement is carried out by the Association “Falcon”. The last intensive resettlement program conducted by our Association included 17 young falcons in 2010 and 21 birds in 2011. We suspect that at least one individual of this pair, probably the male, was resettled in Barlinek. We are currently trying to identify the birds.

There was a probability that the nest would be occupied by bald eagles. At the first inspection, the nest was found empty.  It was checked again two weeks later and it proved to be occupied by falcons.  Our first tree-based nest of peregrine falcons was found by Piotr Adamiok, a member of the Committee for Protection of Eagles, performing contract work for the Forestry District Barlinek,

The Chronicle of the Peregrine Falcon in Poland

At the beginning of the 20th century, the Peregrine Falcon was a common species on the entire territory of Poland, although not abundant. It could be found most frequently in the area of Warmia and Mazury (North-eastern Poland). The literature about the Peregrine Falcon’s presence in pre-war Poland is scarce and so is the information about the species after World War II. At that time, Poland was in the middle of the region of the tree-nesting population, which extended from the North-eastern Germany to the lowlands of Belarus and Russia.