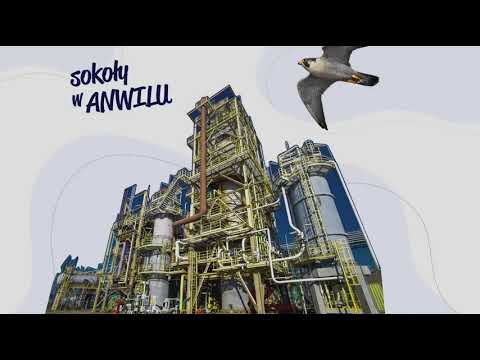 anika, MartaD, and 4 others liked this

New Live View from the Falcon’s Nest at the KGHM Glogow, 2012

On Saturday, April 28, 2012 a new video camera was set up on-line, presenting the view of the nest of wild falcons that settled at KGHM Glogow. The birds have used the nest since 2009. Last year, the KGHM Management decided to install video cameras. At present, only one camera, inside the nest box, is operational. But soon we will set up a view at the nest ledge.

The internet address for the camera:

The First Falcon Nest on a Tree

After many years of work, w the first Peregrine Falcon nest in Poland which is placed on a tree was found in 2012.

The nest is located in the Forestry District Barlinek, not far from a site where falcons have been released since 2001, due to the appreciation by the District Head, Mr. Janusz Sikorski. In the years 2001 – 2006 the reintroductions were organized by the Research Station PZL in Czempin, with 23 birds involved.  Since 2010, the bird resettlement is carried out by the Association “Falcon”. The last intensive resettlement program conducted by our Association included 17 young falcons in 2010 and 21 birds in 2011. We suspect that at least one individual of this pair, probably the male, was resettled in Barlinek. We are currently trying to identify the birds.

There was a probability that the nest would be occupied by bald eagles. At the first inspection, the nest was found empty.  It was checked again two weeks later and it proved to be occupied by falcons.  Our first tree-based nest of peregrine falcons was found by Piotr Adamiok, a member of the Committee for Protection of Eagles, performing contract work for the Forestry District Barlinek,